Writing Our Song: A Billionaire Romance 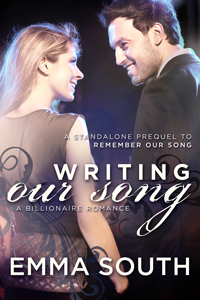 For aspiring singer, Beatrice Hampton, the future used to be a sweet thing to look forward to, filled with the kind of joy you could write a song about. However, after losing her parents while still in high school, she is left crushed, alone, and harboring a bitter resentment towards the wealthier members of society, whom she partially blames for the destruction of her hopes and dreams. After years of lonely struggle, she can hardly remember the last time she felt happy.

That’s when she literally stumbles into billionaire Jeremy Holt and things take another turn for the unexpected. Seeking only a temporary escape from the cold and grey confines of her life, Beatrice agrees to go with Jeremy on a short trip to New Zealand. On the surface Jeremy is the exact kind of man she promised herself she would never fall for but, after spending some time with him, she realises that maybe there’s a lot more to the successful young man than his money. Maybe he’s the one person that can make her feel alive again.

Beatrice can’t deny the spark, the chemistry, between the two of them but her past still haunts her. To be with Jeremy she must face the stresses of life in the public eye and the guilt of broken promises to herself and her parents. To be without him is almost too painful to bear. Will Beatrice and Jeremy get the chance to write the song of their love, or will they each be left with the memory of a beautiful but all too short time when their lives intertwined?

Breaking Surface: An Our Song Novelette 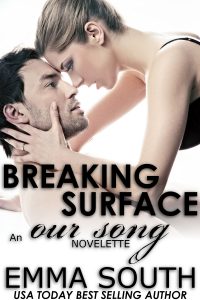 Beatrice Hampton is struggling to adjust to life as the girlfriend of a handsome young billionaire. It should be easy, but when she lost her parents in her mid-teens, she lost a dearly loved piece of herself too and still can't shake that voice inside her head that tells her that her house of cards is going to come tumbling down at any moment.

This is the story of how she got that special part of herself back.

On a day that began without much promise, Bea's past and future come together unexpectedly. A beautiful memory from her youth and the love and support of Jeremy Holt give her the courage to rekindle her hopes and dreams.

Remember Our Song: A Billionaire Romance 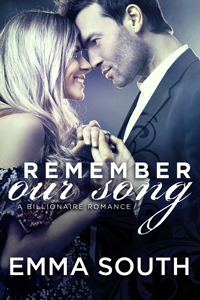 Beatrice Holt seems to have it all. She's got a passionate and loving marriage to the perfect man, billionaire Jeremy Holt, and all the opportunities and financial security that comes with it. However, life wasn't always so wonderful. When a tragic accident results in amnesia, she is effectively transported back to a time when all her emotional wounds are still causing her intense pain. She can't remember how those wounds were healed the first time around, she can't remember her marriage, she can't remember the man behind the money at all. All she sees in Jeremy is the very kind of man she swore she would never fall for.

Can Jeremy find a way to make her fall in love with him all over again and make lightning strike twice? Can he help Beatrice remember their song or has their one chance for happiness slipped through their fingers?

The Last Thing You See 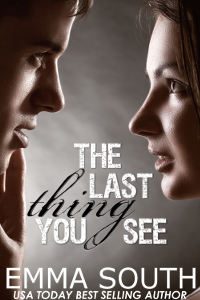 Harper Bayliss is about to pay the full price of fame. That is, if her stalker’s plans work out.

Hollywood’s new favourite starlet is already feeling overwhelmed by the insecurity of her past, a family that controls her every move, and the stresses that come with her job when a brutal attack from a madman takes that stress to a whole new level. But what neither Harper nor her attacker saw coming was the 6’4”, heavily muscled ex-Marine, Nick Martell, throwing himself in harm’s way to save her. After she visits him in the hospital to offer her thanks, she can’t help but be intrigued by the man she finds beneath the bad boy exterior.

Plagued by guilt over his failure to protect the one person that mattered the most, all Nick wants is to find some peace. The tattooed former Marine is scarred, inside and out, but saving Harper Bayliss might be his first step toward redemption. What’s more, her answer to his heartfelt question is about to send them both down a path of scorching passion…and maybe even love.

With the pressures of Harper’s fame and Nick’s guilt working against them, will their feelings be enough to overcome all the obstacles, including the stalker that’s still out there? If he gets his way he’ll show them that, even if they choose each other, you seldom get to choose the last thing you see.

The Last Thing You See from USA Today bestselling author Emma South is a New Adult Romance about letting go of the past to find unconditional love in the present. 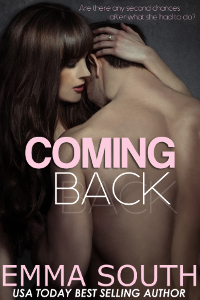 Once, Christabelle Jayne defied death. Learning to live and love again is going to be so much harder.

After being abducted and vanishing without a trace, she was presumed dead. But Christie isn’t the kind of girl that goes down without a fight. When she crawls out of the forest almost two years later, bruised and bleeding, she is confronted by a world that seems to have moved on and left her behind.

Dean Hawking returned to Warfields after a terrible tragedy on the job shook his faith in humanity. The cop’s transfer home wasn't the cure-all he hoped for until the best thing about it, the girl he loved since high school, Christie Jayne, turns up alive.

Their worlds are thrust together again for the first time in years. Though still reeling from her ordeal, in Dean she finds a fathomless love that reminds her there are still beautiful things in the world. In Christie, he sees his chance at redemption…

Then Dean uncovers some startling information about Christie’s case, revealing that she might be in imminent danger, and their second chance at love will be put to the test when the full story of her escape is revealed. Can there be any coming back from what she’s had to do?