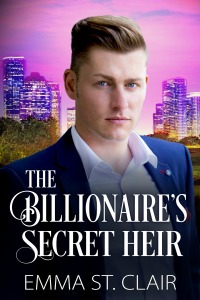 He needed an heir. She wanted her baby to have a father. Neither planned to fall in love.

Beckett Van de Kamp is poised to officially take the reins of the family business–until his aging father's request for him to have an heir becomes a requirement. When he discovers that an old girlfriend had his baby before she died, Beckett sees this as a perfect business transaction. But when Becka and her Aunt Madeline enter his life, he realizes that it might not be so simple to keep his heart out of it.

When her sister is killed in a car accident, Madeline Lott goes from being her niece Becka's paid nanny to her primary caregiver. She is left struggling to pay the bills and needs to provide evidence to the court that she is a suitable guardian for Becka. Discovering that billionaire Beckett Van de Kamp is Becka's father seems to be the answer to her financial crisis, but Madi wants more. She finds herself falling hard for Beckett as his reserved demeanor begins to dissolve.

What started as a business matter moves to be a matter of the heart. But when Beckett and Madi are rocked by an event neither expected, will it break apart what they have built together?

The Author / Publisher advised that this title was available for $0.99 (or local equivalent), discounted from $3.99 on 3/29/2019 at the following retailers. These links may use our affiliate tag with Amazon and other retailers and as such may earn us commissions on qualifying purchases.