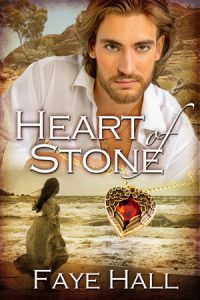 Isabella Miley is trapped. Her brother and protector is dead—murdered on a slave trader’s ship—and now Samuel Buchanan, the man she fears most, has papers placing her in servitude to him. When he threatens to make her his wife and offer her out as payment to all the men he owes money to, she runs for her life, and straight into the arms of Ruben Stoneheart. But before she can ask for his help she finds herself dragged back to Samuel and into bondage.

Ruben wanted a life far away from the blackbirding slave trade he was once involved in. He watched too many people die on those ships. That wasn’t the life he wanted. He wants peace, a wife, family.

When the Irish beauty Isabella ran into his arms, she stirred feelings in him unlike anything he’d ever experienced. Never could he have imagined her to be the wife of his once business partner, Samuel Buchanan.

Curious how such a wondrous woman could have ended up entangled with a brute like Samuel, Ruben delves into her past, eager to know more about this woman he’s quickly losing his heart to. What he finds is a slave contract with her name on it. Hurt that she would hide such a thing from him, he confronts her with an ultimatum—Samuel or him.

Isabella’s fear demands that she stays with Samuel until she can gain back her freedom, along with her family’s ruby necklace—a necklace Samuel is determine to have in his possession. But her heart is willing to risk it all on Ruben…a man rumored to have a heart of stone.

The Author / Publisher advised that this title was available for $0.99 (or local equivalent), discounted from $4.99 on 8/6/2019 at the following retailers. These links may use our affiliate tag with Amazon and other retailers and as such may earn us commissions on qualifying purchases.