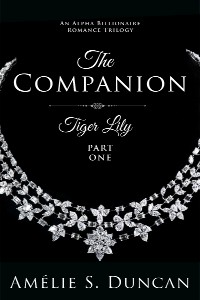 Lily Salome takes on an impossible assignment from her boss that leads to sexy billionaire Jonas Crane and a provocative proposal that she finds hard to resist.

The Author / Publisher advised that this title was available for $FREE (or local equivalent), discounted from $0.99 on 7/12/2019 at the following retailers. These links may use our affiliate tag with Amazon and other retailers and as such may earn us commissions on qualifying purchases. 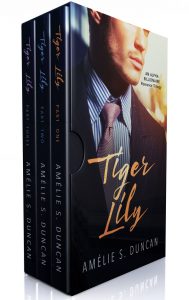 With a past like Lily Salomé’s there’s not much that can surprise, or scare her. Jonas Crane is a sexy, brooding business mogul who just isn’t interested. When their paths collide, Jonas doesn’t seem quite as resistant. As their companionship blossoms, obstacles arise that challenge everything they’ve worked for. Is this mouth-watering billionaire too far out of Lily’s league?

In her lowest moment, Lily receives help from an unexpected source…

Though Lily refuses to see Jonas, he sends his ex-wife, Dani to watch over her.

Ashamed to admit Declan has physically abused her, she lies to Jonas and to herself. Now the lies have taken on a life of their own. She breaks up with Jonas, the only man she's ever loved–protecting him the best she can, but martyrdom is a heavy cross to bear. She's so wounded, she's loses her instinct for self-preservation.

Jonas won't stay away. He invades her dreams with his hard body and soft caresses, then her life–using her body against her. Her pain is no match for the memories of their steamy past and the protective tenderness Jonas now wraps around her. Lily realizes she and Jonas have more in common than their sultry sexual companionship…they both want family–the sweet intimacy of belonging.

Lily loves Jonas but implicit trust is another matter. After all they've been through, she still can't believe he'll stay no matter how deep, how dark her secrets. With her ex, Declan, up to his worst, Lily's embarrassed and ashamed…but she's underestimated Jonas. He has brains as well as beauty. With the same ruthlessness he uses to dispatch his business rivals, he vows to annihilate Declan.

Lily is glad to relinquish control. Jonas is determined to personally oversee her recovery and she lets him. She's still too weak to deal with the chaos that's become her life. Jonas whisks her away to a secluded luxury loft in Tribeca and pampers her with sensual decadence. Every caress, every lingering honey-sweet kiss they share says he loves her–even the way he possesses her body in the sultry heat of the night…but will Jonas commit? Will he ever be able to say those three little words she craves to hear from him?

The Author / Publisher advised that this title was available for $0.99 (or local equivalent), discounted from $5.99 on 5/2/2018 at the following retailers. These links may use our affiliate tag with Amazon and other retailers and as such may earn us commissions on qualifying purchases.