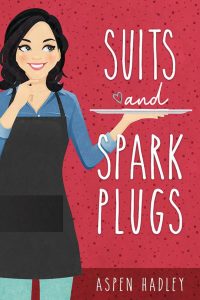 Liv Phelps is on a mission. Get a degree, stay independent, save her family, and start a new life far from the small town where she was raised. Men, love, and emotion have no place in her plans. However, the universe has a different idea of what Liv needs, and when dashing Blaine Harris enters the diner where she's working, she decides that maybe she should give him a chance. Blaine is world's away from anyone she's ever known, and introduces her to things she's long dreamed about. But when he forces her to get her beat-down car seen by the local mechanic, a wrench is throw into the works.

Connor Hunt, resident of her same small town, has been at the very top of Liv's ‘do not disturb' list ever since she had a front row seat to watching him create his terrible reputation. A magician with cars, he agrees to fix Liv's in exchange for her willingness to clean his mechanic shop once a week. Although hesitant, a deal is struck. Liv never could have imagined how one simple ‘yes' would throw her life into the type of tailspin that she'd always planned to avoid.

The Author / Publisher advised that this title was available for $0.99 (or local equivalent), discounted from $4.99 on 7/14/2021 at the following retailers. These links may use our affiliate tag with Amazon and other retailers and as such may earn us commissions on qualifying purchases.