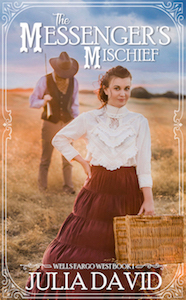 Mine Blast. (ground shaking) Watch out! When Calls the Heart just collided with Bonanza.
Virginia City’s new schoolmarm is a plucky, pious, cat-loving bible-thumper who can’t seem to stop tumbling into the handsome Wells Fargo shotgun messenger’s arms. Not a problem for him, but the attraction could ruin her future.
Fresh-winning combination of Humor, History, and Happy-Ending Romance.

The Author / Publisher advised that this title was available for $0.99 (or local equivalent), discounted from $3.99 on 2/9/2022 at the following retailers. These links may use our affiliate tag with Amazon and other retailers and as such may earn us commissions on qualifying purchases. 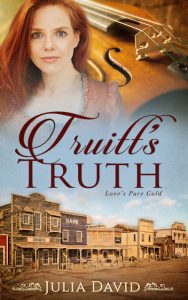 How could Truitt, the toughest man in Hangtown go weak? Copper hair, blue eyes, and a violin-like fire in her hands will work. What about taking refuge together in a dark cave with light snow falling? Maybe he has a chance until he burns the violin. Now he’s really in trouble.

Sweet Adventure and Romance set in the 1849 California Gold Rush.

The Author / Publisher advised that this title was available for $0.99 (or local equivalent), discounted from $3.99 on 1/6/2022 at the following retailers. These links may use our affiliate tag with Amazon and other retailers and as such may earn us commissions on qualifying purchases. 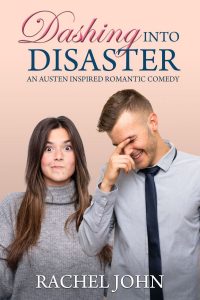 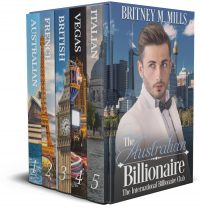 There's a whole lot more to these guys than just money.

Have you ever had someone who's changed your life?

Mr. Montgomery, or Coach to some of the guys, did that for a group of frat boys nearly expelled from Hawthorne University, giving them a chance to make a difference in the world. A sporting goods creator, a cutting-edge advertiser, a land developer, a national hotel chain owner, and an eyewear business owner. This box set includes: The Australian Billionaire, The French Billionaire, The British Billionaire, The Vegas Billionaire, The Italian Billionaire. Five full-length stories that will have you rooting for the characters. Grab your copy today!

The Author / Publisher advised that this title was available for $0.99 (or local equivalent), discounted from $9.99 on 8/1/2020 at the following retailers. These links may use our affiliate tag with Amazon and other retailers and as such may earn us commissions on qualifying purchases. 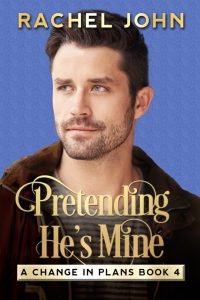 A self-made billionaire, his real estate agent and three weeks to find the right property.

Jackson Walker hasn't had the best family life. Growing up in the foster system in Australia, it wasn’t until he met his college football coach that he understood what a normal family looked like. When he gets the call that Coach has passed away, he returns to California for the funeral and to find a place to honor the man.

Hailey Montgomery threw herself into real estate soon after breaking up with her boyfriend nearly five years ago. She’s been working to build a name for herself and when the chance to make partner at her firm becomes available, she jumps at the chance. But the only way to achieve that distinction is to find a commercial property for the guy she’s nicknamed ‘Golden Boy’ from all the stories her father told about him.

As spending time together brings them closer, the trust between them is called into question. Can they work through what’s happened in their individual pasts to create a relationship that will last? 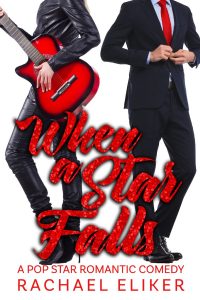 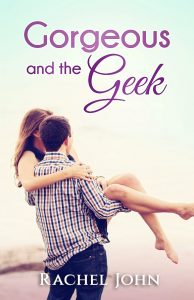 She thought he was a safe bet. She was wrong…

Faking a relationship with a costar for ratings is ridiculous, and Willa won’t do it unless she gets to pick the guy. There’s only one man she trusts in Hollywood: Doug Keller, a little on the geeky side and totally reliable. It’s just a few months, and if the show takes off, she’ll be one step closer to the independence she’s always craved.

Doug knows he’s in trouble. Willa Stanton is everything he’s ever wanted, and way too much for him to handle. Their on-camera chemistry is making it hard for him to keep his true feelings under wraps. And off-camera is even worse: she's making friends with his cat, kicking his butt in Gin Rummy, and making him wish he could be that soft place for her to land.
The closer they get, the harder it is to stick with the plan. She’s afraid of love. He’s afraid of getting played. What happens when the beauty falls for the geek?

The Author / Publisher advised that this title was available for $0.99 (or local equivalent), discounted from $2.99 on 8/7/2019 at the following retailers. These links may use our affiliate tag with Amazon and other retailers and as such may earn us commissions on qualifying purchases.

Follow Ruby Harkwad, Kiki Loveless, and Monica Best as they navigate fame, hilarious mishaps, and finding true love.
When a Star Falls (Book One): Ruby Harkwad is a gifted songwriter, and when she meets Collin Moore, she falls head over heels for him. The pair become inseparable, but Ruby’s recruited by a top record label at the same time Collin’s career takes off, too. While dealing with an eccentric diva, a handsome backup guitarist, and sky-high stilettos, Ruby realizes Collin’s beautiful personal assistant has set her eyes on him. Ruby must decide between making a name for herself or sacrificing it all to keep from losing Collin for good…

How a Star Shines (Book Two): Kiki Loveless is the queen of pop music and resists having bodyguard, determined to protect her independence but her record label insists. To her surprise, her new guardian is Josh Coleman, a hunky former classmate. Josh helps Kiki navigate cringeworthy paparazzi photos, vain male co-stars, and rabid crowds of fans. When Kiki’s ex shows up, he makes it clear he’d love nothing more than to see Kiki fail, so she must decide if keeping her spot at the top of the pop charts is more important than risking it all on love.

See a Star Rise (Book Three): After a rocky start to stardom, Monica Best is finally back on track. She’s madly in love with her boyfriend and manager, Preston Scott, until she discovers him with another woman. Ready to swear off men, Monica is introduced to Logan Hathaway, her new publicist. Logan’s everything Preston isn’t and is willing to go along with Monica’s plan of becoming her fake boyfriend to make Preston jealous. The two agree on no attachment but real and fake become blurred. When she’s ready to try a real relationship, Logan’s unfailingly sweet lifelong friend decides to make her move. Heartbroken, Monica has to decide if she’s willing to fight for love or say goodbye before losing her chance at stardom. 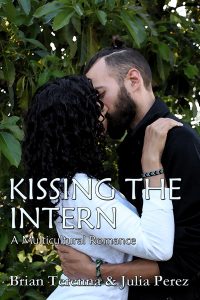 The path to true love is never easy… but it’s always worth it.
Nova Velez, a sassy Dominican, has a busy life, working two jobs, volunteering at the hospital, and finishing graduate school. It’s all necessary to fulfill her dream of helping troubled children. To graduate, she has to complete her school counseling internship, but it won’t be easy working with depressed, hormone-addled students. When she meets her distractingly handsome mentor, Bryce, a health conscious vegan, and the jealous, domineering principal, things become even more complicated. When sparks begin to fly between her and Bryce, complicated takes on a completely new meaning.
Enjoy this and more in the enchanting love story, “Kissing the Intern.”

The Author / Publisher advised that this title was available for $FREE (or local equivalent), discounted from $2.99 on 5/20/2019 at the following retailers. These links may use our affiliate tag with Amazon and other retailers and as such may earn us commissions on qualifying purchases.