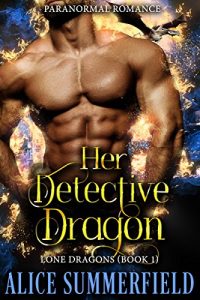 Lone dragons don’t have soul mates, but storm dragon Grissom thinks that he might have found his hiking down a lonely stretch of road during a thunderstorm. And she's up to her neck in trouble.

A steamy romance between a Latina barista in over her head and a police detective, Her Detective Dragon is a standalone novel with 15 reviews and a 4.2 star rating. If you enjoy Paranormal Romance, don't miss this exciting read!

The Author / Publisher advised that this title was available for $0.99 (or local equivalent), discounted from $2.99 on 3/5/2019 at the following retailers. These links may use our affiliate tag with Amazon and other retailers and as such may earn us commissions on qualifying purchases. 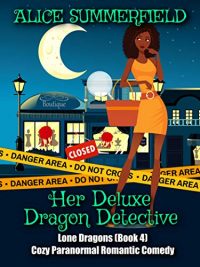 A single woman whose biological clock is ticking hunts for a husband in the “Land of Mr. Wrongs” also known as Los Angeles. “Fortunately,” she gets kidnapped by a Mexican mobster.

*****
Shannon is just another single woman in Los Angeles who is desperate to find “The One.” She is a pretty, decently-educated Episcopalian princess, and—it appears—there is absolutely nothing wrong with her. What appears to be wrong is that her Prince Charming is ten years overdue, and more than fashionably late in making his appearance.

Meanwhile, Shannon gets kidnapped by a Mexican mobster from one of the most notorious crime syndicates in Mexico. It is payback for her boss’s corruption and wrongdoing in secret, criminal transactions. Shannon’s hope for her release is slim since she knows her boss couldn’t care less about her life. She must escape on her own and return to her everyday agenda of searching for her future husband. She has to hurry, too, because she’s running out of time!