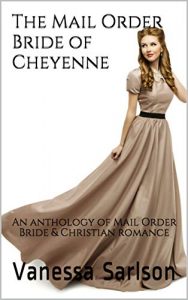 Daisy is broke as a church mouse but looking for adventure. Thumbing through a local newspaper, she answers an ad from a cowboy in Wyoming. Arriving in town, she discovers that the cowboy wasn't looking for a wife. He simply needed someone to help around the ranch. Embarrassed, Daisy is invited to stay to help until she earns enough money to get back on her feet. But what she and the rancher come to realize is that sometimes the best love can be found in the worst mistakes.

The Author / Publisher advised that this title was available for $FREE (or local equivalent), discounted from $9.95 on 11/11/2018 at the following retailers. These links may use our affiliate tag with Amazon and other retailers and as such may earn us commissions on qualifying purchases. 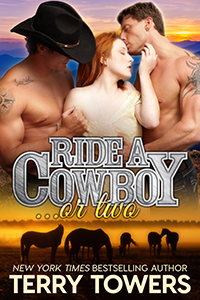 Living on a secluded ranch in a small town doesn't leave a guy with many options in the love department. My brother and I had gone through all the local girls without success.
As a last resort, I went online and found us the perfect mail-order bride.
My brother wasn't into the idea at first, but she seems amazing, once he meets her he'll come around.
Besides, what's the worst that could happen?

Marrying a man I'd never met wasn't my dream – far from it.
Growing up poor in Russia, I only had one ambition and that was to move to America. Everything I'd read and seen in the movies and on television made it appealing to me.
But with no money there seemed to be only one option for me, signing up to be a mail-order bride – so I took a chance.
When I accepted the offer of a sexy cowboy, I couldn't have anticipated what he had in mind for me. And I had no idea that his dreamy brother would also desire me – and want to do something about it.
I fear I may have gotten myself in way over my head.

The Author / Publisher advised that this title was available for $0.99 (or local equivalent), discounted from $2.99 on 6/16/2018 at the following retailers. These links may use our affiliate tag with Amazon and other retailers and as such may earn us commissions on qualifying purchases.

Follow the journey of Five Irish Ladies who head to Clover Springs looking for love and their own special happy ever after in this special discounted box deal.
Katie – Book 1: When Katie O'Callaghan left Ireland in search of a better life in America, she never dreamed that she'd end up having to flee Boston and head West less than a year later. But after suffering at the hands of her greedy Uncle, she is forced to take the only way out she can … marry a stranger out west.

Daniel Sullivan is in need of a wife if he wants the bank to lend him money for his new business. Too bad the only girl he's interested in – one he met during a train robbery – is already taken.
Katie is determined to honor her promise to marry her fiancé despite losing her heart to Daniel.

Mary Book 2 -Mary Ryan leaves the orphanage and heartbreak behind and follows her friend Katie to Clover Springs to become a mail order bride. She's nervous but reminds herself that Davy Sullivan must be a nice man or Katie wouldn't have recommended him.

Davy Sullivan needs a wife, but he's not looking for love. In his experience, that only leads to heartbreak.

Mary and Davy soon find out that getting married was the easy part. Staying together is difficult especially when past secrets come to light and threaten to destroy their future. Can they develop trust in one another and find happiness?

Sorcha – Book 3 :Eighteen year old Sorcha Matthews happy future is shattered when her soul mate, Luke, is tragically killed before she even gets to unite with him in Clover Springs. She flees Boston rather than face a life filled with horrific abuse.

Widower Brian Peterson needs a wife to look after his two daughters. He isn't interested in romance but no self respecting woman will live on his homestead without a ring on her finger.
Sorcha needs a husband, Brian needs a wife. Is this a match made in heaven? Or is Sorcha jumping from the frying pan into the fire?

Emer – Book four:Life isn't easy for a young woman alone in 19th Century Colorado, but when Emer Matthews needs to escape an untenable situation, she only has herself to depend on. She has no time for men having seen first hand the high price women pay for love, so she seeks solace with the sister she's never met, Sorcha. But when Emer gets to Boston, she discovers her sister has moved to Clover Springs and she's left alone with no money and no means to go back to Colorado.
Lawrence Shipley is bored. He’s fed up of his match making domineering mother. He wants to gain independence by heading up the Shipley Banking Dynasty in Denver. But his mother has other ideas. She decides to go to Denver too, reluctantly agreeing to take Father Molloy’s latest protégée, Emer.

Emer is nothing like any woman Lawrence has met. She intrigues him and excites him but it seems she won’t have anything to do with him. Can he destroy the wall she’s built around her heart? Or will her past catch up with her and destroy them both?

Laura – Book 5:Recently widowed, Laura has no intention of tying herself to any other man. She is finally free of the life she choose after leaving the orphanage. But when evil catches up with her, she is left with no option but to run to Clover Springs. There her friends will provide some protection and safety.

Paul Kelley needs a wife. His Ma agrees with him but the lady she has chosen is not the girl for Paul. He wants a mail order bride, a fresh innocent girl just like the other mail order brides who arrived in town. When Laura arrives with danger hot on her heels, he marries her for her own protection. Now they can live happily ever after

But someone from Laura’s past has other ideas…

The Author / Publisher advised that this title was available for $FREE (or local equivalent), discounted from $4.99 on 3/24/2018 at the following retailers. These links may use our affiliate tag with Amazon and other retailers and as such may earn us commissions on qualifying purchases.