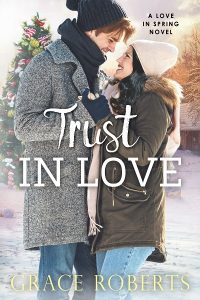 They’d lost their faith in love, but the magic of Christmas can reignite even a bruised heart.

Doctor Zachary Valenti loves being surrounded by kids at work, and he’s eager to have a family of his own, but so far finding the right woman has proved impossible. Until a new nurse starts working at the hospital and her exotic beauty sparks an attraction he hasn’t felt in years.

After finding her groom in the wedding planner’s arms, nurse Leilani Moreira needs to get as far away as possible, and starting over in a small town seems the perfect solution. Until she meets the captivating pediatrician who warms her up with just a simple smile, and she suddenly finds it hard to remember what she was trying to get away from.

When fighting their attraction proves useless and they both surrender to their feelings, the shadows of Leilani’s past heartbreak threaten to pull them apart, making her doubt she’ll ever find a way to trust in love again.

A sweet, medical romance for fans of heartwarming stories and small-town settings. Trust In Love is book four in the Love In Spring series, but it can be read on its own.

The Author / Publisher advised that this title was available for $0.99 (or local equivalent), discounted from $3.99 on 11/22/2020 at the following retailers. These links may use our affiliate tag with Amazon and other retailers and as such may earn us commissions on qualifying purchases. 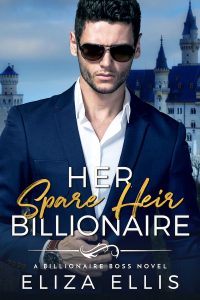