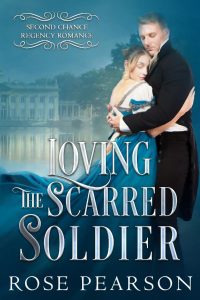 Lady Charlotte Tate returns to her childhood home after the death of her husband. When nursing her former governess, she is drawn into her secrets and the truth no one dares to tell her.
James Watts is cloistered in his family home to hide the facial scars from the war. When Charlotte returns home, he longs for more.
Can this pair find love?

The Author / Publisher advised that this title was available for $0.99 (or local equivalent), discounted from $2.99 on 4/15/2021 at the following retailers. These links may use our affiliate tag with Amazon and other retailers and as such may earn us commissions on qualifying purchases. 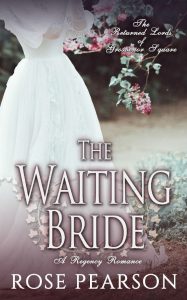 Every letter to Lord Philip Galsworthy from his waiting bride closed with the same words.

And they always made his heart sink.

He knew the words were not for him, but for their families who took great delight in reading the correspondence between them. In truth, Marianne had told him in secret, with great relief to himself, that she too was not excited by the long-held expectation of their marriage.

And so, by excusing himself through duty to King and Country, Lord Philip Galsworthy managed to hold off the wedding for a year with hopes that the two families’ interest in seeing them married would wane.

With more effort he also managed to extend his station in India for another year, and then another, but now there was nothing more he could do.

He had to return home, and the wedding plans would be already in motion by the time his ship saw the shores of England again.

Their ages would not permit any more postponements, and so it was time for him to return and fulfill his duty to house and family.

Only, his time away exposed a loneliness that he never knew was quite there. A loneliness that was only remedied by the regular letters from Marianne, which slowly turned his memory of her from the duty he was trying to avoid to the love he could not live without.

Cringing again at the closing to the last letter he received, Philip wonders if it’s possible for her feelings to have changed as well, or is his return still secretly dreaded by his now beloved Marianne.

The Author / Publisher advised that this title was available for $0.99 (or local equivalent), discounted from $2.99 on 2/17/2019 at the following retailers. These links may use our affiliate tag with Amazon and other retailers and as such may earn us commissions on qualifying purchases.