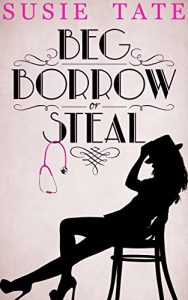 Jamie is proud of everything he’s achieved. A consultant anaesthetist and the Medical Education Director – he’s a pretty big deal. So when one of his medical students falls asleep, right in the middle of a tutorial, he is furious. He’s a bloody good teacher, damn it!

Maybe he could have been a little more understanding. Maybe he didn’t have to try and humiliate her. But the shock of how beautiful this particular student was when she finally opened her eyes, and his inappropriate reaction, only fuelled his anger. He’s tired of lame excuses from wild party animals burning the candle at both ends, and he’s going to make an example of this one.

For Libby, pride is a luxury and beauty is currency. Pregnant at seventeen and an aspiring doctor, she couldn’t afford to be proud, so she cashed in on her looks instead. She will beg, borrow or steal to achieve her dreams and give her daughter the life she deserves, even if she has to forgo sleep – even if she has to leave her dignity behind.

But there’s only so far you can push yourself, only so much pressure you can be under until you break. Libby’s been on that cliff edge for a while; her health and the gorgeous, judgmental Education Director may just tip her over.

A kick in the shin from an adorable (if slightly scary) four-year-old and a confrontation with her tearful, exhausted mother soon forces Jamie to see what a bastard he’s been. Libby may not accept his help, but he’s relentless when he wants something, and it’s not long before he realizes that this mother and daughter belong with him …

The Author / Publisher advised that this title was available for $FREE (or local equivalent), discounted from $2.99 on 4/8/2018 at the following retailers. These links may use our affiliate tag with Amazon and other retailers and as such may earn us commissions on qualifying purchases.