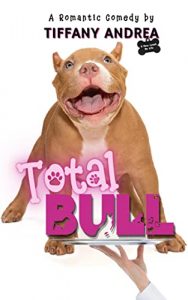 Sure, people say they value honesty, but in the past eight years, Angel has learned that’s not always the case. Her American bully, Genie, is the only living being that has never taken offence to the truth. But she’s perfect.

Angel is now on her third strike with her boss and at risk of losing her job as a server in a restaurant with little repeat business. Apparently, management doesn't appreciate Angel honestly telling her customers the food sucks.

Stating facts has also landed Angel in hot water with spiteful hostess, Alex. To get revenge for a truth she didn’t want to hear, Alex seats the next miserable businessman to walk through the door in Angel’s section, hoping it will be her last straw.

But the truth has a way of working things out.

Damian Taylor accepted a promotion for a job he never wanted. But he’s got a chip on his shoulder and a point to prove. The problem is, now he is surrounded by brown-nosing suck-ups who would rather bend to his every whim than make decisions for themselves. With people pleasers at every turn, the advertising industry feels more deceitful than ever.

What Damian wants is honesty.

Could his straight-shooting waitress be exactly what he's looking for?

The Author / Publisher advised that this title was available for $FREE (or local equivalent), discounted from $2.99 on 6/8/2022 at the following retailers. These links may use our affiliate tag with Amazon and other retailers and as such may earn us commissions on qualifying purchases.